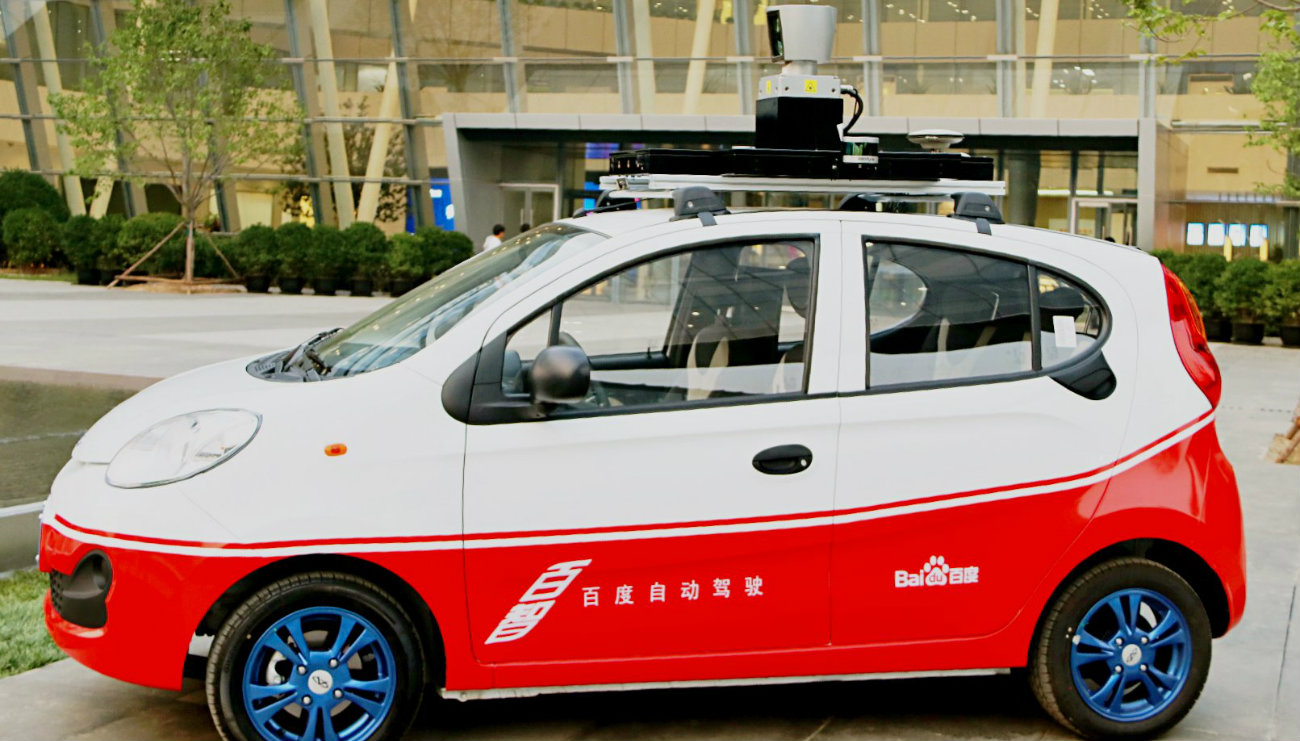 Beijing-based search company Baidu revealed their new fully electric, self-driving car to the public last week, which is now being tested in China.

The Chinese internet company – often referred to as the Google of China – is using a Chery EQ model equipped with its driverless technology for their latest test phase, which departs from their previous testing’s that used a modified BMW 3-series. Baidu’s BMW 3-series car successfully completed an 18.6-mile route in Beijing last December, where it was able to change lanes, perform u-turns, and merge on and off highways. The tech company also expanded their testing of the driverless BMW vehicles to the U.S. earlier this year.

According to TechCrunch, Baidu’s newly unveiled modified Chery EQ all-electric test vehicle resembles Google’s updated self-driving car – the EV – but it has a more spacious cabin and still uses an existing vehicle platform for the basic car body and drivetrain, fitted with a sensor array up top for autonomous features.

Baidu’s new driverless cars are designed for use in China, where the company plans to release them across the country after it finishes the process of mapping specific routes with detailed data about local traffic infrastructure, such as the height of traffic lights and the location of curbs.

Starting in 2018, Baidu hopes to start using their autonomous fleet of cars for a public, shared transportation service in limited area on a standard loop in China.