Hamburger chef Jamie Oliver has won his long-fought battle against one of the largest fast food chains in the world – McDonalds. After Oliver showed how McDonald’s hamburgers are made, the franchise finally announced that it will change its recipe, and yet there was barely a peep about this in the mainstream, corporate media. 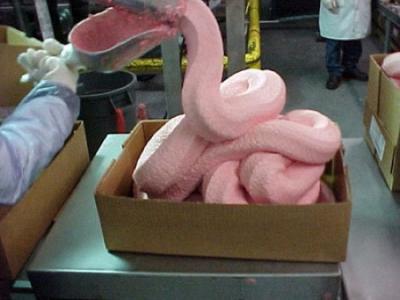 Oliver repeatedly explained to the public, over several years – in documentaries, television shows and interviews – that the fatty parts of beef are “washed” in ammonium hydroxide and used in the filling of the burger. Before this process, according to the presenter, the food is deemed unfit for human consumption. According to the chef and hamburger enthusiast, Jamie Oliver, who has undertaken a war against the fast food industry, “Basically, we’re taking a product that would be sold in the cheapest way for dogs, and after this process, is being given to human beings.”

Besides the low quality of the meat, the ammonium hydroxide is harmful to health. Oliver famously coined this the “the pink slime process.”

“Why would any sensible human being put meat filled with ammonia in the mouths of their children?” Oliver asked.

In one of his colorful demonstrations, Oliver demonstrates to children how nuggets are made. After selecting the best parts of the chicken, the remains (fat, skin and internal organs) are processed for these fried foods.

In reply to all of the bad press this process has received from Oliver, the company Arcos Dorados, the franchise manager for McDonalds in Latin America, said such a procedure is not practiced in their region. The same, it should be noted, applies to the product in Ireland and the UK, where they use meat from local suppliers. 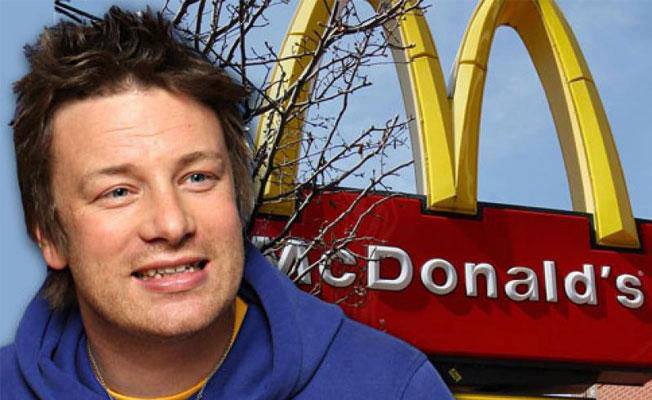 In the United States, however, Burger King and Taco Bell had already abandoned the use of ammonia in their products. The food industry uses ammonium hydroxide as an anti-microbial agent in meats, which has allowed McDonald’s to use otherwise “inedible meat.”

Most disturbing of all is the horrifying fact that because ammonium hydroxide is considered part of the “component in a production procedure” by the USDA, consumers may not know when the chemical is in their food.

On the official website of McDonald’s, the company claims that their meat is cheap because, while serving many people every day, they are able to buy from their suppliers at a lower price, and offer the best quality products. But if “pink slime” was really the “best quality” that McDonalds can muster in the US, then why were they able do better in Latin America and Europe? More to the point, why can they apparently do better now in the United States?
These questions remains unanswered by the franchise which has denied that the decision to change the recipe is related to Jamie Oliver’s campaign. On the site, McDonald’s has admitted that they have abandoned the beef filler from its burger patties.