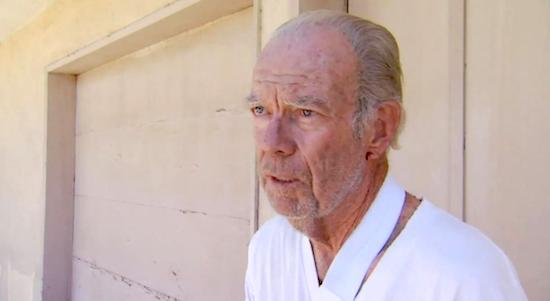 A 80 years old homeowner will be facing charges after he admits shooting a pregnant lady to death twice at the back. He killed the lady as she tries to ran away after being discovered ransacking her house. Although the lady did beg for her life and that she is pregnant. He pretended to ignore it and shot her anyway.

Tom Greer who had just returned home last Tuesday was shocked to see a lady and a man ransacking her house. He saw them inside and started to run through the hallway looking for escape. But then they decided to fight back and knock Greer to the floor. Luckily, he manage to get his caliber, a 0.22 caliber confronting them as they quickly ransack some cash. Once the couple spotted the gun, they immediately run out the house and down to the alley.

The lady however was left behind by the man as she couldn’t run as fast as he is. So Greer took the opportunity to shot her twice at the back.